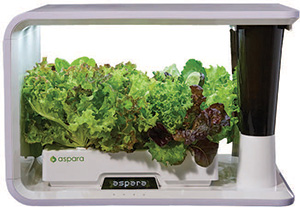 This is good to know about: aspara™, the fully funded smart indoor garden that produces healthy, fresh vegetables and herbs right in your kitchen, while being connected to the internet. Along with the system, the aspara™ app provides necessities, such as a plant’s light, water, temperature and nutrient information. The app also tracks a plant’s activities and conditions and includes a community platform for users to share their plants’ growth with others who share a similar passion. Visit www.aspara.hk for more information and how to order one. 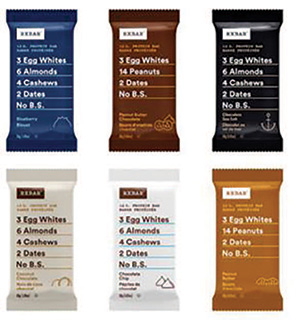 RXBARs are made with a short list of high quality, whole food ingredients that pack a protein punch. Each bar contains 12 grams of protein and is gluten free, soy free and dairy free. With this whole, protein-filled method, the bars have become a favourite among nutritionists and fitness experts. They’re perfect for a whole food snack on the go (especially when travelling), Available at www.rxbrands.ca and in retailers.

On Friday April 12th, 2019, head to Bragg Creek for the 7th annual Taste of Bragg Creek. Restaurateurs, caterers, and food and liquor merchants will prepare and serve unique “tastes” at booths at the Bragg Creek Community Centre. Park at the centre, purchase your tasting tickets and get started. Once you have experienced all the delightful dishes and libations at the centre, grab a map and discover all the specials being offered at the local shops, boutiques and restaurants. Tasting tickets will only be accepted in the Community Centre, but there will be special menus, samples, promotions and even free tastings at the in-store venues. 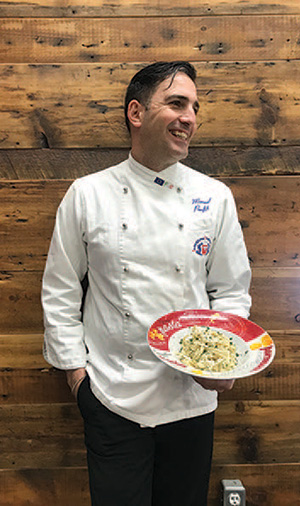 Manuel Panfili is Lina’s new chef, 100% Italian – born and raised. He started to work in the restaurant industry when he was 13 and it was love at first sight. He decided to join the culinary school in Italy, and, in the meantime, he travelled around Europe training and working in different restaurants in Germany, France, Switzerland. He achieved master-chef certificate of merit. In 2008 he decided to visit his relatives in Toronto — that was the turning point of his life. As he tasted Canada, he knew it was the place where he wanted to work and to live. He stayed in Ontario for two years, so he had the chance to open a restaurant. After his Toronto period he decided to go back to Italy for a few years, but Canada kept on calling. He made his way to Calgary and here he met his wife. He was looking for authentic Italian items so he visited Lina’s Italian Market and really appreciated what he saw. And at Lina’s his new experience started, and as he says, “I’m excited to be a part of this organization.” 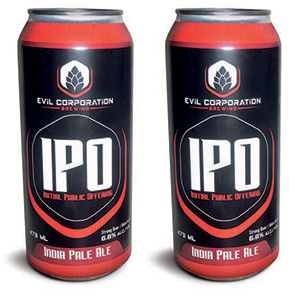 Announcing Evil Corporation Brewing, a brewery that launched in December 2018. Calgary is famous for its diverse and strong corporate culture and this is echoed in this new beer start-up. Its aim is to brew the best beer possible but at the same time skewering business speak and the connotations that come with it. It all starts with the launch of its very first brew — IPO (Initial Public Offering) IPA.

“We are thrilled to finally bring our product to market after years of hard work brewing out of garages and people’s kitchens,” says Co-Founder of Evil Corp, Anthony Jackson. “The five founders, all have a passion for amazing beer, both brewing and sampling it. In terms of the name, we all have a bit of nostalgia for those movies of our youth that always seemed to have an ominous Evil Corporation looming in the background. Think OCP from Robocop and Tyrell Corporation from Blade Runner. Evil Corporation plans to be anything but evil. The founders, Quan Ly, Melanie Jackson, Daniel Piekut, Randy Mah and Anthony Jackson have in their DNA an altruistic Aliens for reference streak and once their taproom opens later in 2019 they hope to be able to undertake many charitable initiatives simply as part of what they do.”

The beer hit the market with a bang in the last few weeks and is already available at a number of bars and liquor stores throughout Alberta. This is just the beginning as many other brews are in the works, including Ponzi Porter and P&L (Profit and Loss) Pale Ale. Once the taproom is open, Evil Corporation plans to launch many more devious offerings on top of their core beers, all with a focus on locally sourced ingredients wherever possible. Visit www.evilcorpbrewing.com for details. 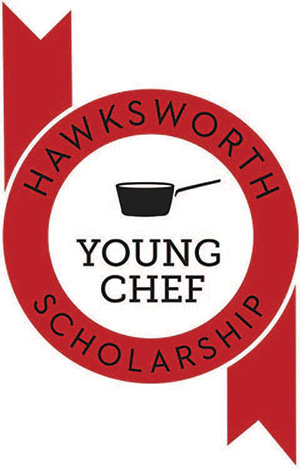 The Hawksworth Young Chef Scholarship national annual competition begins with the following
regional heats: Calgary on May 4 at the Southern Alberta Institute of Technology (SAIT),
Vancouver on May 10 at Vancouver Community College (VCC), Montreal on May 23 at the
Institut de tourisme et d’hôtellerie du Québec (ITHQ) and Toronto on May 25 at George Brown
College.
Following last year’s Toronto finals, this year’s final event will be held in Vancouver in October
when one deserving chef will take home the grand prize of $10,000, an international cooking
stage, a range of sponsor gifts and the bragging rights to being named Canada’s most talented
young chef. Deadline for applications is Monday, March 11, 2019. For more information and to
apply, please visit: www.hawksworthscholarship.com 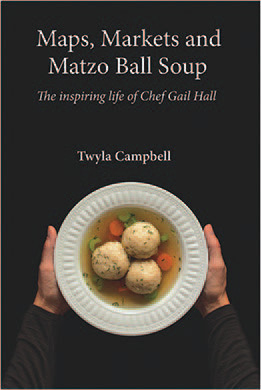 Maps, Markets and Matzo Ball Soup: The inspiring life of Chef Gail Hall, by Twyla Campbell (Q32 Consulting, Edmonton, soft cover, $29.99). A really good read about a really good chef, Edmontonian Gail Hall, who made a huge impression on the food community. She died in 2016 from respiratory failure as a complication of breast cancer, but her spirit lives on! This is really a great, interesting read and it has great recipes, too, like Roasted Tomato and Red Pepper Soup and Black Bean Brownies. Find this at The Cookbook Co. 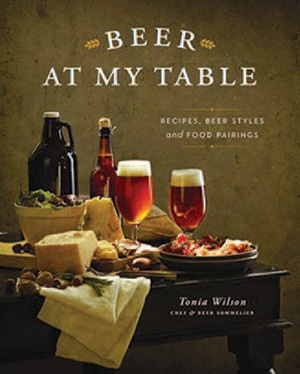 This looks great: Beer at my Table: recipes, beer styles and food pairings, by Tonia Wilson, a chef and beer sommelier (Whitecap Books, soft cover,
$34.95). A perfect book for people who love good food and good beer. You’ll love Soy-and Orange-Braised Short Ribs with Sweet Potatoes paired with a Baltic Porter called Smuttynose. Who could resist a beer with such a name! Or Braised Sausages with Peppers, Olives and Polenta served with a London Porter called Rascal. Fun beer names, we’re there! And this is a PERFECT book for cooking for and with beer! If you’re a beer person, you’ll love it. Find this at The Cookbook Co. 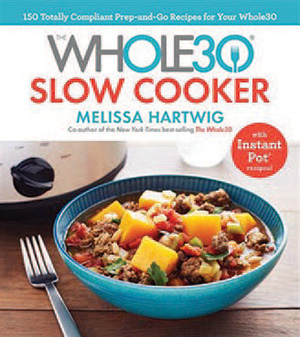 The Whole 30 Slow Cooker: 150 Totally Compliant Prep-and-Go Recipes for Your Whole30 with Instant Pot Recipes, by Melissa Hartwig (Penguin Canada, hard cover, $35). This is part of the author’s program that started with her first book, The Whole30: The 30-Day Guide to Total Health and Food Freedom. She’s a certified sports nutritionist who specializes in helping people change their relationship with food and create life-long, healthy habits. You
do need a slow cooker, but many of us have them. You’ll love this recipe: Shrimp and Garden Veggie Sauce over Spaghetti Squash. And you might love this one – we did: Pomegranate-Orange BBQ Brisket with Celery Root Slaw, and Smoky Beef and Bacon Chili. Yes, lots of good foods and what you love anyway!