Hey, Great Chefs: What was your A-ha Moment That Led You to Chefdom?

Maybe it’s praise from the right people at the right time. Maybe it’s an inspiring cookbook, or the taste of a hauntingly delicious flavour.

Every great chef has that moment when they discover they’ve found their calling. That time when they realize that the universe has pointed them in precisely the right career direction. But for everyone in the culinary industry, that time is slightly different. Maybe they were still in high school, searching for something to do when they grew up. Maybe they were already cooking professionally, but, at least for a while, they weren’t always convinced of their career path until that time.
Here, six of Calgary’s top chefs talk about their “a-ha!” moment, that point in their lives when they knew they had found the career they were meant to have. 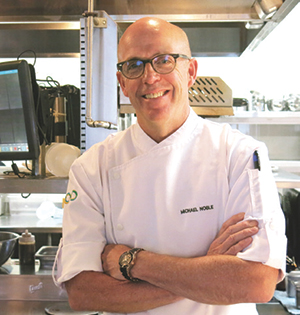 The first Canadian chef to appear on the hit TV series Iron Chef, Michael Noble grew up in Vancouver where he went to culinary school and then worked at renowned restaurants across Europe and North America, including six years as executive chef at Vancouver’s Diva at the Met. (Even Gourmet magazine took note, naming it Vancouver’s top table at the time.)

Then, for a time, he headed up the culinary program at Earls and he was the head chef at Catch when it opened in Calgary, too.

These days, he’s the head chef and proprietor of the acclaimed NOtaBLE and The Nash and Off Cut Bar.

His A-Ha! moments – first, there was his experience apprenticing under chef Ben Weber and then competing alongside him for a decade, as a member of the Canadian Culinary Team. “I wish he knew what he gave me. I’d say thank you for teaching me to make sauces, for teaching me how to organize myself for service and to be professional.”

His time working under chef Bruno Marti was also pivotal to Noble’s career, he says. “Two or three times, I got discouraged and I wanted to leave and become an instructor,” he says. “But Bruno said, ‘Michael, we need people like you within the business. You need to stay.’”

He was right, Noble says, “and now it’s my turn to be a mentor.” 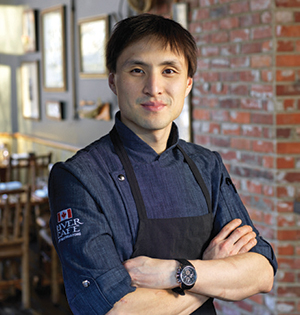 After finishing a sociology degree at the University of Calgary, Matthias Fong briefly considered going to law school. It seemed like the right thing to do – until he stopped and thought about what he loved to do.

Ever since he was about 15 years old, he had been working in restaurants in Calgary, becoming the summer intern prep cook at River Café when he was still just a teen. It’s been an upward culinary trajectory ever since. In 2015, he was named the new head chef at River Café, and this year, he placed second at the Calgary Gold Medal Plates for the Canadian Culinary Championships.

His focus for River Café is making food – even fruit vinegars – from local ingredients, including vegetables, flowers and even apricots harvested from the restaurant’s Prince’s Island garden.

His A-Ha! moment – when he realized he was spending more time reading cookbooks than his course books. “The real a-ha moment was one of the first sets of cookbooks I ever bought: seeing the food, the way it was photographed, and the complexity of every dish,” he says.

“All the flavours that were, to me, unknown and unusual. I wanted to put them together and see how they’d work.” 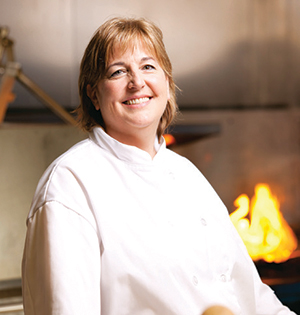 Judy Wood says that, as a child, she was constantly surrounded by dinner parties and good food. “My parents entertained all the time. At least once or twice a week, they were throwing a party or hosting an event.”

By the time she was a teenager, Wood was handling much of the cooking for those parties, but she didn’t think of it as a career choice.

Her parents, however, had a rule for the kids: university or Europe, and realizing their youngest child wasn’t inclined to go to university, they gave her two cookbooks for Christmas for her final year in high school. One was from the Cordon Bleu cooking schools; the other was from L’Ecole de Cuisine La Varenne in Paris.

Her A-Ha! moment – when she opened those cookbooks. “I thought, ‘Wow, I could do this. It was a big a-ha moment for me because I realized I didn’t have to go to university. I could go to school in Europe and learn more of the craft I really enjoyed doing, for which I could actually get paid.”

So she did just that. She studied at L’Ecole de Cuisine La Varenne before cooking at the now-defunct Four Seasons Hotel in Calgary, followed by stints at Buchanan’s Chop House and Sunterra. These days, she heads up the kitchen at Meez Cuisine, a gourmet take-away shop and catering business in southeast Calgary. 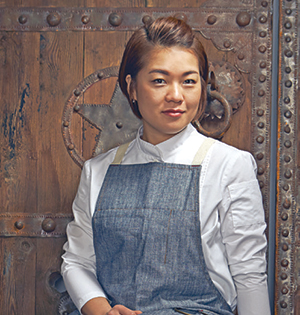 Born and raised in South Korea, Jinhee Lee grew up loving food in a family of good cooks. As she grew up, however, she thought she would become an accountant. Something stable. Something professional. But then she came to Canada on what was to have been a short visit to study English.

She stayed, falling in love with Calgary and what it has to offer. Last year, she was crowned Best Chef in Canada at the Canadian Culinary Championships and, this year, she won the $10,000 culinary competition at the prestigious Prince Edward Island Shellfish Festival.

Her A-Ha! moment: while she was studying English in Calgary, Lee took a tour of SAIT, to learn more about its programs. The tour included a stop at the culinary school where chef Colin Maxwell was leading a class. He invited her into the classroom to taste a dish that he had just demonstrated. “I thought, I have to learn how to do this,” she says.

She never looked back. She dropped her dreams of an accounting career and she began to study cooking at SAIT. After graduating, she worked at Hotel Arts and, now, Foreign Concept.

“I just fell in love with the kitchen,” she says. “I feel this time, I’m on the right career path.” 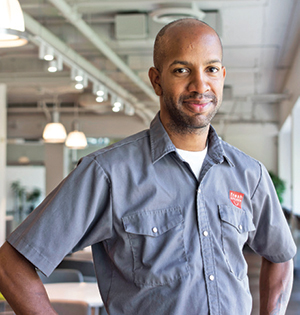 Born in Halifax, Michael Provo grew up in Calgary, where he got his first kitchen experience helping his mom. “I am useless when it comes to changing tires and fixing washing machines,” he says. “But I can cook.”

These days, he’s part of the team at Fresh Kitchen’s CP Rail location, where they make meals for staff as well as cater for special events, including weddings. In 2018, he’s hoping to become a contestant on the next edition of Top Chef Canada.

His A-Ha! moment – he was 15 years old and helping his family prepare for a New Year’s Eve party. His contribution was a massive platter of roasted red pepper devilled eggs. “I had to make three per person. It seemed very daunting,” he says. “But people really liked what I’d made. They were genuinely appreciative.”

Provo says he’s never forgotten how great it felt, and even today, he searches for that same response every time he’s in the kitchen. “I don’t think you get that sort of response from people in other professions.” 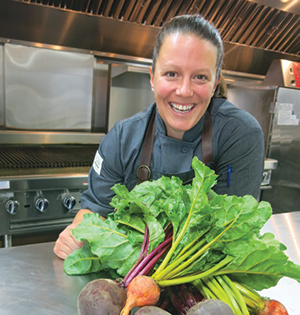 Andrea Harling is one busy woman. She leads the culinary team at Made Foods, which offers ready-to-eat healthy meals for every occasion: breakfast, lunch, dinner, and special occasions, too.

Since the Calgary-based business began in 2015, it has expanded to include seven locations, including the Shawnessy and Eau Claire YMCAs, plus stops at three of the city’s five hospitals. You’ll also find select Made Foods products at Calgary Co-op and Planet Organic stores, and this past year, Made launched a line of branded supplements, too.

Her A-Ha! moment – an athletic kid growing up, Harling always figured she’d land a career doing something sports-related. But a friend landed her a job at a French restaurant in Toronto, and Harling quickly realized the restaurant world has something in common with the sports world. “It has that same competitive edge,” she says.

She was hooked, and from that moment on, she had found her calling. After graduating as a chef from Fleming College in Ontario, she worked at a slew of places, including the renowned Chemong Lodge in Peterborough. She moved to Calgary in 2008 and worked at Brava Bistro, District and Dobson’s before co-founding Made Foods.

Shelley Boettcher is a Calgary-based food, wine and travel writer. Find out more about her at drinkwithme.com or follow her on Twitter @shelley_wine or on Instagram @shelleyboettcher.