Well, shiver me timbers! It turns out Portugal, land of legendary seafarers, has been a bit of a pirate, keeping much of its own booty to itself. Let’s pick the lock on a treasure chest that includes plenty of loot from outside the Douro Valley.

You probably don’t know much about Portugal’s Vinho Regional de Lisboa, stretching 150-200 km. north of Lisbon to Lieria. Our ignorance about this centuries-old wine region – the most productive in the country — is understandable. Lisboa’s wine spokespeople say the wine made there was originally created for the region’s own citizens, with quantity the goal, not quality. Since Portuguese wine drinkers usually drink from their own region exclusively, Lisboa natives easily kept their industry chugging along without us.

Another obstacle to fame: until 2009, Lisboa was known as Estremadura, which foreigners confused with Spain’s Extremadura. Around then, the region’s winemakers began shifting their emphasis from cheap ‘n’ cheerful to bold ‘n’ bodacious.

Portugal has some 250 native grape varieties, many of them rarely found elsewhere, including fernao pires/maria gomes, arinto, and touriga nacional. A dozen or so years ago, Lisboa winemakers began growing international varieties, like petit verdot and chardonnay, and blending them with Portuguese ones to create dazzling flavour combinations.

Now such wines are winning awards world wide, making best-of lists, and their marketers have Western Canada in their sights. A recent visit to Lisboa revealed a nascent wine tourism industry and friendly winery owners, eager to promote their wares to Canadians in particular.

They do this from tiny organic wineries, hundreds of years old; historic family-owned villas (or “quintas”) overlooking gnarled vines and rolling hills; and ultra-modern spots whose tasting rooms feature pop-up spittoons. If you’re heading for Portugal, this is a can’t-miss region – definitely call ahead to book tastings. Even if you’re just wine shopping in Calgary, scope out the Portugal section.

The country’s unique varieties mean that quirkiness is one of its wine industry’s assets. Perhaps its most unusual growing situation is in the microregion of Colares, in Bucelas, just north of Lisbon, on Portugal’s central Atlantic coast. For nine centuries, grapevines there have been planted in clay that’s then packed with sand. The vines’ deep foothold allowed them to resist the influx of the sand-unfriendly aphid phylloxera that threatened European vineyards in the mid-1800s. These malvasia de Colares and ramisco vines inch horizontally above the ground; before the grapes start softening, the vines are propped up with stakes just high enough so the orbs still absorb heat from the sand. Colares wine is iconic, highly ranked by such oenophiles as those at Wine Enthusiast magazine.

Most Lisboa winemakers also promise value for money. Casa Santos Lima, located 45 minutes north of Lisbon in Alanquer, prides itself on appearing on “best buy” lists; in 2017, The Washington Post called its 2013 Confidencial Red one of the 10 best bargains of the year. Find lipsmacking Casa Santos Lima wines here at Black Stallion Spirits.

Established at the turn of the 19th century by Joaquim Santos Lima and mostly replanted in 1990, Casa Santos Lima’s soil is full of clay and limestone from the Superior Jurassic period. (The femur of an Apatosaurus found there rests on its front lawn.)

According to CEO José Luís Santos Lima Oliveira da Silva, “Nature is very generous in this region, and we just try to take advantage without interfering too much.”

That philosophy also applies to the proprietors of tiny Vinhos Cortem, near Caldas da Rainha. London native Christopher Price and his German wife, Helga Wagner, established their charming organic winery in 2004 within an old operation, adding stainless steel tanks, and do much of the work themselves. Well worth a visit, Cortem produces small, glorious batches of award-winners, sells directly to consumers and exports a bit (though not here yet).

Meanwhile, in Bombarral, the Fonseca family has presided over the gorgeous Quinto do Sanguinhal and two other wineries since 1926, under the banner of the Sanguinhal Agricultural Company. Diogo Pereira Da Fonseca Reis says what characterizes the quinta’s wines are “elegance, finesse and balance.” In addition to its delicious red, white and rosé wines, Sanguinhal turns out aguardentes (brandies). Find its delectable award-winning wares at Liquor Depot and Wine + Beyond.

Nearby, in Cadaval, there’s a striking contrast between Quinta do Gradil’s 18th century manor house – once the property of the famous 7th Marquis of Pombal, governor of Lisbon (1750-1777) — and the gigantic vats of its modern wine-making operation. One of the top five wine producers in the region, it produces 15 million bottles a year. Watch for its Castela do Sulco Reserva and Mula Velha Red at numerous wine stores in Calgary, including Co-op.

Another big regional player is DFJ Vinhos, whose estate dates back to 1897. Named one of Europe’s Top 5 Wineries in 2017 by the Wine Enthusiast Wine Star Awards, and Portugal’s Wine Producer of the Year in 2016 at Berlin’s International Wine Challenge, DFJ produces more than six million bottles annually. In Calgary, find its wines at Craft Cellars, Willow Park, Zin and Calgary Co-op. Watch for its Portada Reserva Red, whose 2014 vintage was a Wine Enthusiast best buy, and its Escada Douro, whose 2011 vintage ranked 29th on that magazine’s Enthusiast 100.

Located in Merceana, Quinta do Pinto is a female-run winery, focused on sustainability and indigenous blends. It’s owned by the Cardoso Pinto family, whose members still live in the estate’s 17th-century villa.

The extraordinary Adega Mae, at Quinta da Archeira, unites tradition and technology in a handsome ultra-modern facility that produces 1.5 million litres of wine per year. Established by the sons of a salt cod magnate in tribute to their mother, it boasts a highly sophisticated tasting room. Taste Adega Mae’s highly praised wares in Portugal and bring ‘em home.

Casa Romana Vini, 60 km from Lisbon, adjacent to a Roman bridge, is a new 17-hectare vineyard 10 km from Obidos. Though not sold here, its wines are already impressing judges: its 2015 White Wine Quinta Nogueira Reserve won the Great Gold Medal in the Portugal Wines Contest in 2017. Better yet, its stylishly redecorated 100-year-old villa features 12 rentable rooms in which visitors can fantasize about being a Portuguese winemaker.

Mixing old and new is integral to the vitality of Lisboa. That approach is personified by the effort to revive the cachet of the famous fortified wines of Carcavelos. Since the early 1980s, on the Marques de Pombal’s 18th century palace  property, a partnership between the Oeiras Town Council and the Ministry of  Agriculture means civil servants study how its grapes work with different technologies and barrels. Sadly, the winery’s lush Villa Oeiras Carcavelos is not available in Calgary. But that makes it the perfect souvenir of your travels to the Vinho Regional de Lisboa. 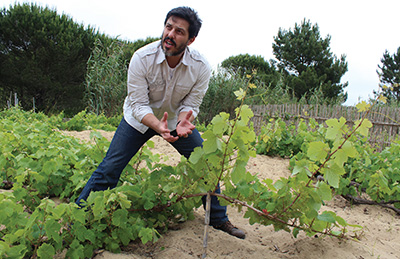 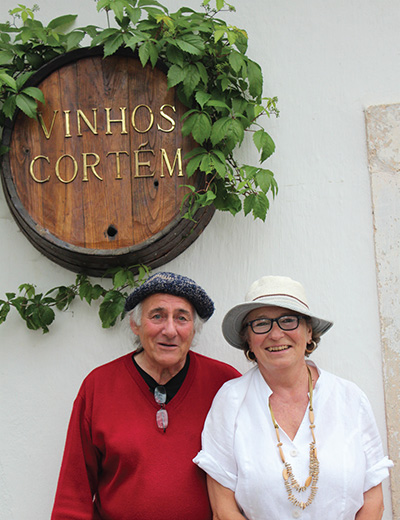 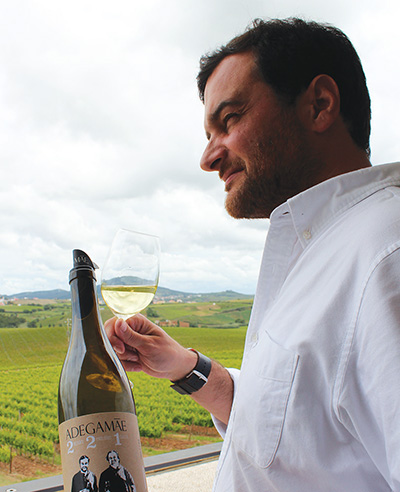 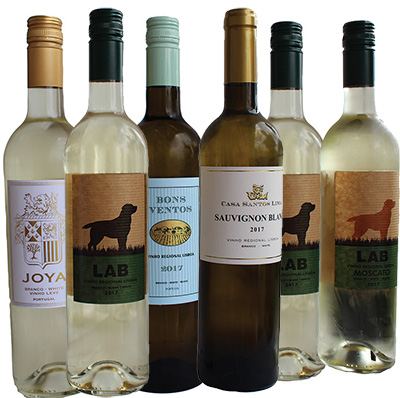 Kate Zimmerman was the guest of the Lisbon Wine Commission (CVR Lisboa), which did not approve this story.