Photos and story by Camie Leard 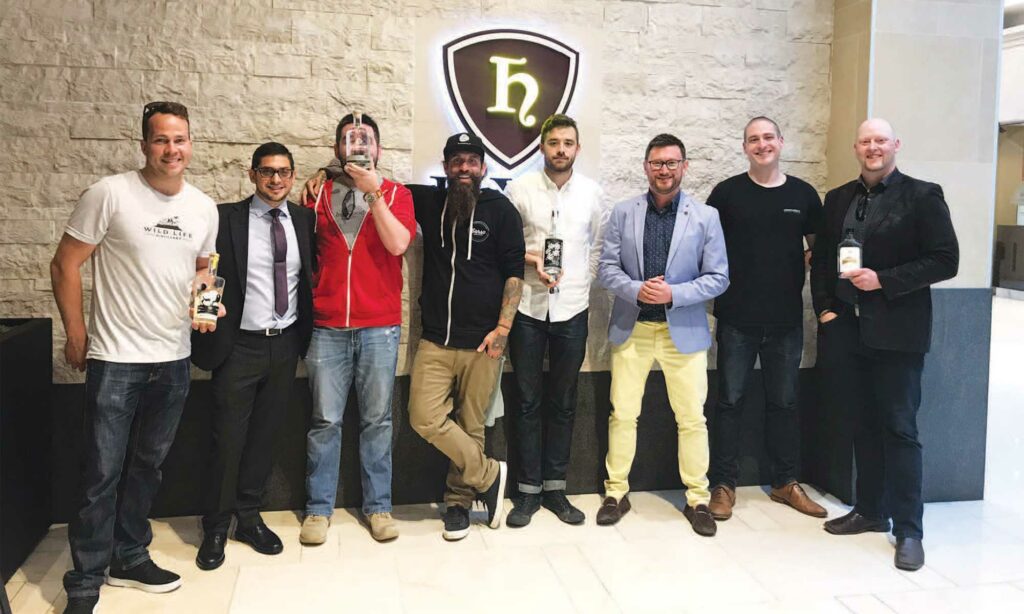 Since its invention by Calgary bartender Walter Chell in 1969, the Caesar has become a Canadian legend and the unofficial emperor of brunch. Garnishes have gone over the top and back to basics, and every self-respecting Canadian has an opinion about where to get the best Caesar.

In celebration of half a century of celery-salted rims and clamato concoctions, City Palate paired some of the area’s best mixologists with cutting-edge craft distillers for a Caesar competition at the classic Hy’s Steakhouse.

The Host: Barb Steen, general manager, has been with Hy’s for 31 years and hosted the competition at the restaurant’s home in the Core shopping centre. Referencing a gorgeous “history wall” full of old photos, advertisements and newspaper clippings near the bar, Steen said Hy’s has been a part of Calgary’s culinary scene since 1955.

The Judge: Justin “JD” Darnes is head of creative mixology for the Vintage Group. Darnes’ cocktail expertise has been honed throughout a globe-spanning career in mixology, which includes a stint at the oft-touted “best cocktail bar in the world,” Savoy American Bar in London.

The Cocktail: The Smoky SnoDay Caesar

Judge’s Comments: Jonathan’s presentation was excellent, he was calm, likeable and the kind of bartender you want to spend time with. The Caesar was quite spicy and I wasn’t sure f the smoke was coming from the mezcal or the chipotle. 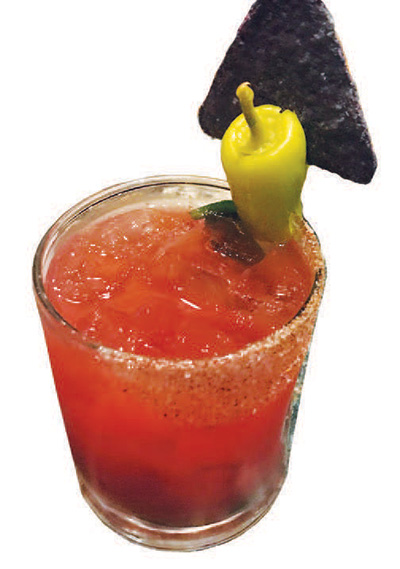 John Fairholm is an award-winning mixologist who serves at Confluence Distillery in the Manchester district. Jamie Hilland, also of Confluence, says the Vinland Aquavit Fairholm used is made in the Swedish tradition, adding fennel to the typical dill and caraway botanicals.

Add all ingredients to a saucepan and put it on low heat. Stir constantly until the sauce begins to simmer. Once it simmers, pull the pan off the heat and let sit for 10 minutes. Transfer to a food-safe storage container and keep refrigerated until use.
Caesar ingredients:

Rim 1/2 glass with salt blend, then fill glass with ice. Add all ingredients and stir well. Garnish with 1/2 dill pickle.

Judge’s Comments: This spirit was the stand-out for me and was the best product. The botanicals in the Vinland Aquavit worked well in the Caesar, adding extra flavours. 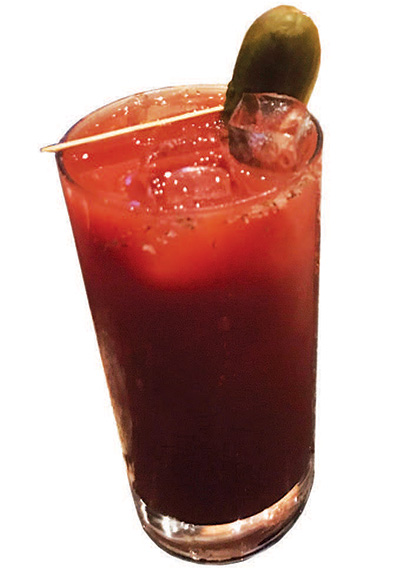 London Richard of Sorso Lounge and Espresso Bar in Airdrie won the best Caesar in Town competition at the 2017 Calgary Stampede. Keith Robinson of Wild Life Distillery says the gin Richard used is made with 70 per cent wheat and 30 per cent malt barley aged in oak barrels.

The Cocktail: The Hawaiian Tiki Caesar

Serve in a fun tiki glass, garnished with a Hawaiian poke bowl.

Judge’s Comments: When I saw everything going into this cocktail I thought, “There’s no way that’s going to work.” Yet, it worked. 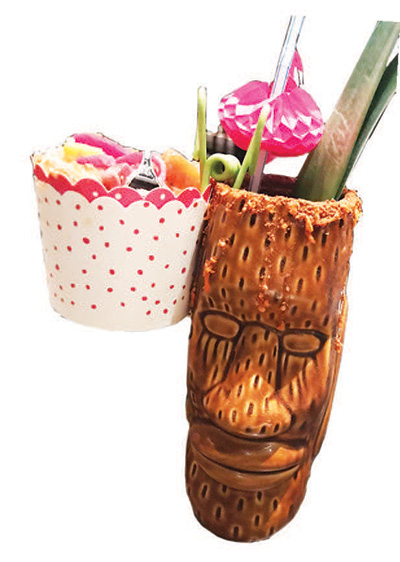 Diego Hazan hails from Argentina and served as a bartender on cruise ships for
many years before docking at Hy’s two years ago. Gus Hay is the chief distiller at
Burwood Distillery and was recruited from Scotland, where he ran the Glenlivet
Distillery. He says Burwood’s vodka has a unique, smooth, malty personality and is
made with single-malt barley.

The Cocktail: The Classic Caesar

Judge’s Comments: This was the most classic of all the entries. The home-made  clamato was very good.

“The effort that went into this Caesar really paid off. I love that he sent the Caesar around the world and tapped into the Tiki trend that’s happening now. He took it to a whole new level,” said judge JD Darnes.

The next time you’re enjoying brunch, we invite you to raise a glass to the mighty Caesar – curer of hangovers, vehicle for vegetables and an excellent source of vodka…or gin…or aquavit….

Camie Leard is the editor of City Palate and a Caesar aficionado.