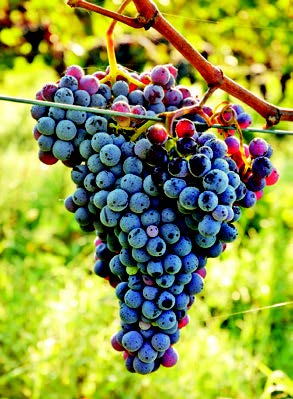 Brunello di Montalcino could arguably be the finest expression of sangiovese, Italy’s quintessential grape. The primary red grape, or the backbone, if you will, of Chianti and the blends of Tuscany, sangiovese is most at home in Italy, though the grape is planted in many wine-producing countries around the world, including Australia and even here in Canada.

But it is in Montalcino, a smallish appellation in the heart of Tuscany, where sangiovese is truly king of the mountain. Of about 24,000 hectares (ha) in the region, only about 15 percent are under vine. That’s roughly equal to the size of the vineyards around Oliver, B.C. A premium region for viticulture as far back as Roman and Etruscan times, sangiovese’s story continues to develop even as the wines continue to improve. As a wine, Brunello di Montalcino only appeared in the 19th century, the brainchild of Clemente Sandi of Biondi. Fast forward to 1980, when it was the first wine to be awarded a DOCG (Denominazione di Origine Controllata e Garantita), the highest level for wines of place or a designation of origin in Italy. Even today, despite plenty of accolades and acknowledgement of Montalcino’s wine and the quality of its flagship Brunello, it remains a tiny region, producing relatively little wine, much of which gets exported. While quality has always been the driving force for Brunello producers, they face many limitations: only sangiovese grapes are allowed, they’re permitted only a low grape yield of less than 8 tons/ha, and they’ve been forced into an increased reliance on the international market. Brunello has a minimum aging period of two years in barrel before bottling, followed up by four to six months in the bottle; it’s finally released a year later for sale.

Enter Rosso di Montalcino, a wine with less stringent aging requirements. It’s available to sell the September following the grape harvest. One could almost call it declassified Brunello di Montalcino (and it bears DOC status), but that would be a disservice. Much like a second label in Bordeaux, or even the table wines of Portugal’s Douro Valley, the second option for where a grape will ultimately be destined, improves the overall quality of the flagship bottle. Batches of wine or grapes that “might not be quite good enough” for top billing might benefit from hitting the market sooner for closer to immediate consumption, while the better batches are reserved for the Brunello. But, let’s not forget that getting wine to market sooner is often better for the wallet of the winery; being financially stable allows the winemakers to focus on their finest.

Inverting the quality and quantity pyramid that normally means the top tier wines are harder to get, Brunello di Montalcino accounts for the vast majority of production in Montalcino. In the region, about 2,100 hectares of sangiovese grapes are planted for Brunello, while about 500 hectares are designated for Rosso. Many Brunello producers don’t make Rosso di Montalcino, and to be perfectly frank, most Brunellos are quite reasonably priced for the quality, the aging potential, and the character or complexity of the wine.

In short, Rosso di Montalcino can be slightly harder to find, is quite reasonable, if not a heck of a deal for the quality. It also has a decidedly strong ace up its sleeve – it’s ready to drink much sooner than the Brunello, providing a window for newcomers to the style to sample it and decide whether or not to invest in cellaring the same year’s Brunello. Brunello can age for quite a long time, though Rossos can also benefit from some aging. The style and the intent of the producer will probably reward the wine collector who’s willing to hold onto one for up to about 5 years.

What about food pairings? Well, Brunello and Rosso di Montalcino both complement Italian-style dishes, for sure. Think tomato-based sauces or baked pasta dishes, hearty Bolognese dishes, beef tenderloins, really good cheeses and the like. In beef-happy Calgary, matching up a fine steak with an Italian red is rarely a bad idea. I must confess that I frequently match the wines of Montalcino with Hawkins Cheezies, which may strike some as sacrilegious, but remember, wine is meant to be enjoyed.

Antinori 2014 Pian delle Vigne Rosso di Montalcino, $34
Jewel-bright in the glass, with spice and earth aromas accompanied by a friendly whiff of fresh fruit. Tightly wound with good fruit presence tied nicely with its acids and a long, slightly tannic finish. Drinking great these days, but could be decanted tableside to soften some tannin.

Argiano 2015 Rosso di Montalcino, $28
So wonderfully, beautifully sangiovese with dusty cherry, spice and tar aromas to enjoy at your leisure. Flavours are deep and earthy, definitely “Old-World” with a
tartness to the fruit and a turned-earth rustic tone. Like any great wine, it nearly demands to be enjoyed with food.

Castello Romitorio 2014 Rosso di Montalcino, $45
A stunning little number that is so ripe and generous, but also subtle, layered, and spicy from start to finish; I’d almost recommend decanting just to enjoy the aromas more. My glass had a small leak in it, apparently; I kept topping it up without realizing it. Pair with something featuring mushrooms, game meats, or earthy cheese.

Fattoria dei Barbi 2015 Rosso di Montalcino, $31
Subtle and perfumed with raspberry and sour cherry aromas, showing off some of the delicate nature of some sangiovese, this is a treasure from start to finish.
Riper fruits on the palate with agreeable (and restrained) tannins, it’s ready to drink right now, but would work as something to have on-hand for a specific dish (like a meaty, many-layered lasagna, chez Firth).

Fossacolle 2014 Rosso di Montalcino, $28
Wonderfully intense with black fruits in abundance, and just a touch of blackberry jelly on the nose. Quite robust on the palate, it’s got plenty of fruit, but in a much more traditional fashion, i.e. it is chockablock with earth and spice, too. Seriously good, I’m getting a hankering for cignale (wild boar)…

Tom Firth is Cowtown Wine, find him at cowntownwine.com and @cowtownwine