KITTEN SWISH: MAKING YOUR OWN WINE WITH OTHER PEOPLE’S WINES

Sometimes you just have to do it. You have to go for it. You must take the deep breath and plunge into it, wild-eyed and screaming. The it
that I’m referring to is that fantastic idea you have had bouncing around like a rubber ball behind your eyes since forever. It’s the idea that follows you everywhere, from the moment you wake up to the moment you fall asleep. As you drift off at night it curls itself around you and whispers, “Good night, Brad, see you in the morning.” And sure enough, every morning when the alarm goes off, there’s the idea, staring at you. “Good morning, Brad, shall we get up?” The idea eventually starts to drive you mad. It was this burgeoning madness that convinced me to start a wine company. I had to do it.

Any good idea usually requires friends to help execute it, and a wine company certainly needs partners. In the early part of 2012, I met with Mark Kuspira, a long-time friend and business associate. Mark runs an extremely successful wine import company, Crush Imports. For this madness to work, there would have to be someone to run the import and logistics side of things and nothing could get off the ground without Mark. Mark has a killer palate and likes to travel, so he was a good fit. We set up a business that we would name Kitten Swish.

A business name can be tricky. You want something someone can remember and, you hope, something that’s not insulting when translated… at least not too insulting. One morning when I was draped in a housecoat with a severe hangover for inspiration, two words popped up that had both meaning and a story. Kitten Swish. The Kitten part was prompted by a young cat with tragic OCD, no experience, and a penchant for following shiny things. Swish is a bit of a double entendre. On the one hand, it’s a slang term for something awesome, like the swish of a basketball hitting nothing but net. Swish is also a term for when you are flat-ass broke and somehow manage to score a recently emptied whiskey barrel that will help you get loaded (there’s an accurate description of this on Youtube via The Trailer Park Boys; check it out). You add water to the barrel and then drink the liquid. Results may vary. The “swish” part of our company name works with both definitions – swish can be something delicious and special, and we also had no money to start it.

Every brand name needs a catch-phrase, or a tag line. I found inspiration from the silica packets shipped with electronics, those packets that read, “Do Not Eat.” Who eats these? Did anyone think that Sony had decided it would slip a little snack in with your speakers? Ridiculous. “It’s for your mouth,” an equally absurd instruction, became our tag line and adorns every bottle of Kitten Swish… just so you know where to put the bottle’s contents.
Living in Calgary meant we had to find wine for our wine brand. Thankfully, history offered an answer in an old practice, the négociant. A négociant is a French term for a wine company that purchases wine from wine producers and sells it under its own brand name. This was, by and large, the way the wine world worked until the early 20th century when domaine bottling became more common. Previous to wineries bottling, labelling, shipping and marketing their own wine, they would sell the wine in bulk and let someone else take it to market. This system of various parties getting involved in wine production, promotion and sales dates back centuries. Since we live in the viticulturally desolate landscape of Alberta, and not wanting to move, I thought revitalizing this tradition would be a way to get into the wine business. Since we could not make wine here, we would bring the wine to us. Kitten Swish was going to be a micro-négociant;
a very little company travelling to vineyards, buying and blending small lots of wine.

The négociant process looks a little like this, more or less. Find someone who makes wine and likes you. Try to convince them that selling you their hard-earned wine is a promising idea. Once they say yes (this could take some time, depending on how much they like you), you show up and taste various lots of wine – could be from barrels or tanks – looking for something you like. Sometimes this process occurs when the wine is quite young and is in need of further cellaring, making you guess, as you taste, about how the wine will age and come together in a bottle. At other times, the wine is almost finished and just needs to be amalgamated and bottled. Barrels of wine are a lot like people – they’re all different and some of them work better together than others. When tasting you’re looking for something specific to your tastes, your interpretation of what is being presented. I think blending wine is a lot like curating. You take a few pieces from the main collection and arrange them in such a way that a new impression is created. This curating process captures something special that would otherwise be lost in the larger exhibition. 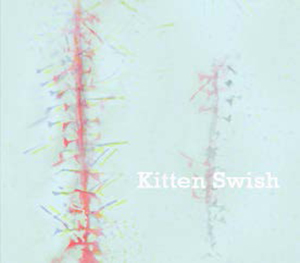 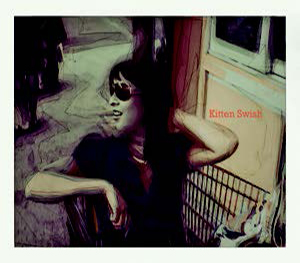 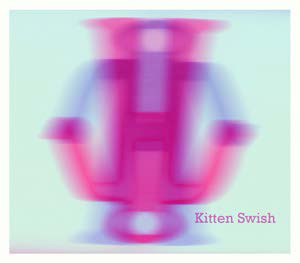 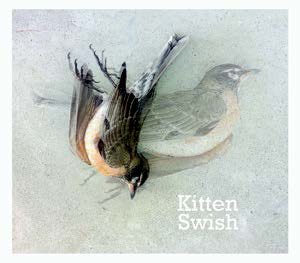 Once you’ve settled on a blend of various samples and are happy with the results, then all the other moving parts get scheduled. They include figuring out the bottling dates, bottling trucks, label designs, label printing, wax deliveries (expect sighs from those who have to wax the bottles) and, finally, the shipping companies that will take the wine to market. From the time the wine is tasted as a sample to when the wine hits a local restaurant, an entire year might go by. The only thing fast in the wine world is the drinking part.

Our first travels to find wine were amazing. I remember the first flight to Sonoma to meet with Fritz Stuhlmuller. I sat by the window drinking a gin and tonic thinking, we’re actually doing this, finally! Our early adventures were properly exciting, involving blowing up watermelons with shot guns, late night dinners and quad rides into the Russian River. We even ended up at the hospital in the early morning hours to repair Mark’s forehead from an ill-fated quad ride up a hill. The hospital visit and the subsequent stitches resulted in the label for our first chardonnay release. The label was a blown-up picture of Mark’s damaged head, artfully redesigned to look like flowers. The wine was called Stitch.

Our labels have always focused on our surroundings, our often-weird surroundings. Our first-ever release was 2011 zinfandel from the Stuhlmuller vineyard and featured our friend Daniel on the label. The label was a picture of Daniel at a Halloween party dressed as some pervy superhero, complete with tragic mustache. We didn’t tell Daniel about the release but waited until it was in market to show him. Thankfully no one was sued. We’ve continued this surprise labelling by including our dear friend Karen Kho on our current chardonnay release. Kho is happily lounging in a shopping cart after a rather successful and bottle-emptying Lilac Festival. The wine is perfectly entitled “Dirty.” Other labels have included images of a baby head named Frank, an archery target, a hotel in Bocas del Toro, a dead robin, the molecule for dopamine and a rotary phone. A fine mix of our surroundings and our weirdness, these labels capture the playfulness of wine and friends.

To date we have bottled wine in France, Germany, Spain, the United States and Canada. On the horizon, we have a special 25th label release featuring magnums of kékfrankos from Master Sommelier John Szabo’s property in Eger, Hungary. In the works is a pinot noir project in the Yarra Valley in Australia with Mac Forbes, and our third release of cabernet franc with Laughing Stock Vineyards in the Naramata is about to come to market.

It’s amazing what can happen to an idea, an idea that could have just macerated forever in two men’s brains. I can’t imagine today not having Kitten Swish
as a reality. Mark and I have come a long way from sitting in Earl’s that afternoon brainstorming about owning a wine company. The community support for
Kitten Swish has been fantastic. Amazing restaurants and retailers in Alberta and British Columbia have allowed Mark and me to take this bouncing-ballidea
from nothing to something delicious, and we’re deeply thankful for that.

Brad Royale is a sommelier with a WSET diploma and is the Wine Director for Canadian Rocky Mountain Resorts.