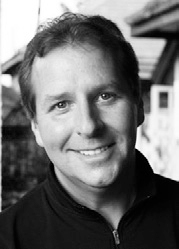 A worldwide controversy erupted from Australia when a multi-millionaire took to the television airwaves to berate millennials who were complaining that they would never be able to afford a house. Real estate mogul Tim Gurner bluntly told the whiney youngsters that if they wanted to own a home, they needed to stop going out and spending their money on avocado toast. According to Gurner, ordering smashed avocados on toasted multigrain bread at $22 a pop was the root of an entire generation’s financial woes, and that staying at home and avoiding “hipster cafés” was the magic formula for having a home.

Outraged millennials, after spitting out their mouthfuls of $8 soy lattes, took to social media to excoriate the man who’d dared suggest the need for sacrifice. Many pointed to the outrageous cost of property and mocked Gurner’s proposition by saying things like, “I have done the math, and if I skip avocado toast every day and the cost of housing stays the same, I figure I will be able to save up enough to buy a starter home in about 75 years.” However, the real outrage was not about going cold turkey on what, in essence, is a guacamole bruschetta, but rather that an entire demographic group was being told that they shouldn’t go out and that they needed to economize by only ever eating at home. I know I’m a baby boomer, but still, if someone had told me that, I’d have been outraged, too.

Why the outrage? Because not ever being able to go out to eat is, in my view, cruel and unusual punishment. I love to cook. I make dinner every night. I find prepping and chopping therapeutic. I have tons of recipes and a huge pantry so I can make almost anything at any time. But if my bride and I eat at home nightly for more than about a week, we find that we are into such a boring routine that our kitchen nook might as well be a cellblock at Guantanamo Bay. Everything starts to taste the same. We sit in the same places and eat off the same plates. It’s the Groundhog Day of dining. If we don’t go out for two weeks, I’m always on guard, because I half expect her to wing me in the head with her pork chop, just to break the monotony.

Going out to eat doesn’t need to take us to a fancy or high-end place either, since white tablecloths usually translate into “staid” in terms of flavours or ingredients, and that really doesn’t get you out of the rut. I find it’s better to go to an ethnic joint or a food truck for cheap eats, where you can get bombarded with textures and spices and ingredients that you can’t get at home. Give me something wild like street tacos stuffed with tongue or tofu pockets with wild mushrooms drenched in hot sauce. Heck, even going to a greasy spoon for “homestyle” food does the trick. That’s because even though anyone can make an open-faced Denver at home, the old adage that “a sandwich always tastes better when someone else makes it” is absolutely true. It’s having someone else cook that is the point of going out. Life is good when someone smashes your avocado for you.

Ultimately, the avocado toast attack on millennials backfired. In the aftermath, the dish suddenly popped up on menus and sales skyrocketed. One bank, in an attempt to attract a younger demographic to borrow money, ran an ad campaign about its loans that said, “Now you can have your avocado toast and eat it too!” Television commercials about financial planning now lure millennials with the promise of saving enough to be able to afford avocado toast into their golden years. The height of avocado toast mania was this past Hallowe’en, when the millionaire celebrity couple made up of NFL quarterback Tom Brady and supermodel Gisele Bundchen went to a costume party as “the world’s most expensive avocado toast,” with Gisele looking fetching as the multigrain.

In the end, telling an entire generation that they should never go out to eat was one of the greatest food-related gaffes in history. It ranks with Marie Antoinette’s famous answer to being told the peasants did not have bread. If she were alive today, no doubt she wouldn’t have said, “Let them eat cake!” but would have replied, “Let them eat avocado toast!” After which, house-hungry millennials would immediately have started sharpening the blade of the guillotine. Vive le pain grillé à l’avocat!